She focuses her research on the cultural, (bio) political and ecological realities of aquatic ecosystems. In 2016 she received the honorable mention of interactive art Prix Ars Electronica. Šebjanič has participated in various individual and collective exhibitions. 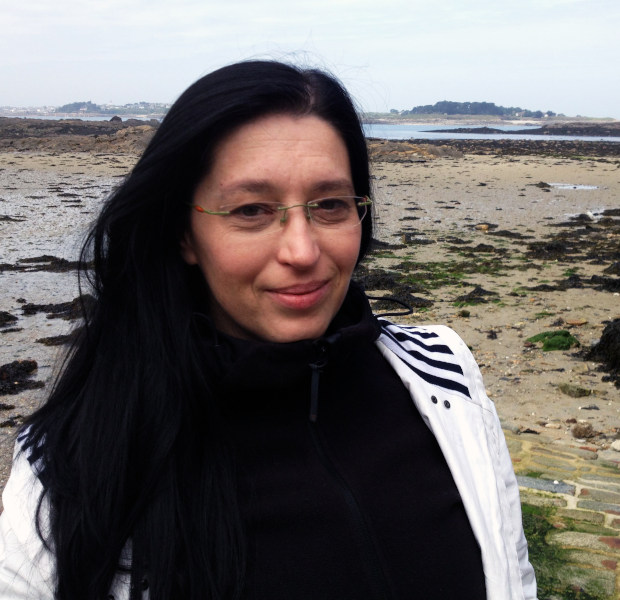 She focuses her research on the cultural, (bio) political and ecological realities of aquatic ecosystems, using this as a starting point to investigate and address philosophical questions about the intersection of art, science and technology.

Šebjanič’s work was awarded in 2016 with the honorable mention of interactive art @Prix Ars Electronica and that same year was nominated for STARTS2016 and nominated for the White Aphroid award. During 2017 Šebjanič was an artist of the SHAPE 2017 platform and was also selected in the TOP 5 project of The Universal Sea platform. She has made residences at Ars Electronica EMARE / EMAP (2018); Ariel / Sparks of Galway (2019).

Lygophilia is a series of research-based artworks initiated in 2017 by Robertina Šebjanič in Mexico and pursued in Slovenia to explore the love (Gr .: philéō) of darkness (Gr .: lúgē)

The Dark Drops are series of works initiated by artist Robertina Šebjanič, that (re) interpret the environment of underground caves where time and space defy human perception.